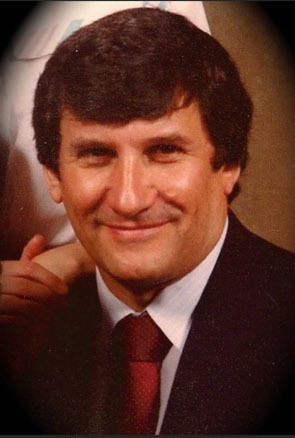 Daley, Kevin Benedict Kevin passed peacefully at home on Saturday March 21, 2020 of natural causes, at the age of 81. Kevin (G.P., Pop, Pops, Dad), was born on the homestead in North Onslow, Quebec on August 20, 1938 where he was raised with his brother, three sisters, and a myriad of cousins and friends. A self described "little hayseed from North Onslow", he started work at Capital Wire / Albany International in 1954, at the age of 16. He remained loyal to the same company for a career spanning over 4 decades until he retired in 1998. He was extremely proud of the career he built and the opportunities it afforded him, including travel all over the world, from Australia, to Europe, China and India, to Montgomery, Alabama, and finally to his home in Perth, Ontario. Kevin had many interesting positions including as management, technical, and as part of an international product development team. He was most proud of his process innovations for them, including inventing a "bobbin-less shuttle" which was implemented company wide. On his first international assignment in Australia, Kevin met and fell in love with Patricia Kelly, convincing her to follow him back to Canada to get married. Together, they continued to travel and raise their three children, returning as often as they could to spend time with family in Canada, and settling finally in Perth, Ontario. Kevin fell in love with the small town and became very active in the community, serving a term as Rotary President, helping with the International Plowing Match, and, most importantly, playing a major role in the lives of his three grandsons. Springtime would see Kevin out with his good friends, family, and his ever-growing grandkids, collecting sap from the front yard and sideroads, and boiling in Kevin's Sugar Shack and Pub, everyone welcome. The homestead in North Onslow remained a great source of pride and enjoyment for Kevin, and he loved nothing more than to spend time there with his loved ones and his dogs, sitting at the campfire and listening for wolves and whippoorwills. He was a major force behind arranging several reunions there to bring together extended family, celebrate their Irish heritage, and honor those who had gone before. His regular emails to family often included his plans to drive up to the farm and tend to whatever needed tending or invite his siblings to meet him there for a visit. Kevin was blessed in these final years with the company of his beloved Veronique and her family with whom he spent many happy days. Kevin was predeceased by his father Andrew, mother Kathleen (Cain), older brother Joseph and his wife Lise (Quinn), brothers-in-law Kent McConnell and Gary Kelly, and in-laws Francis and Eileen Kelly. He will be sadly missed by Patricia, his children Nicole (Hill), Mark Daley, and Erin Daley, son-in-law Douglas Hill, grandsons Jacob, Jonathan, and Daniel Hill, sisters Dorothy McConnell, Hilda Kelly, Marion Hobbs and her husband Garland, sisters-in law Janet Kilkenny, Maureen Richards and her husband David, Veronique Bonnick and family, a multitude of Daley and Cain cousins, nieces and nephews, and good friends from around the globe. Unfortunately, current circumstances preclude the possibility for visitation or services. A Celebration of Life is being planned for this summer at the Daley homestead, details pending. Kevin would want all his loved ones, family and friends to stay home, stay safe, and take care of each other during these difficult times. Donations in lieu of flowers can be made to Jack Russell Terrier Rescue Ontario (https://russellrescue.org/), or any charity of your choice. Arrangements are in care of Blair & Son Funeral Home, Perth, ON.