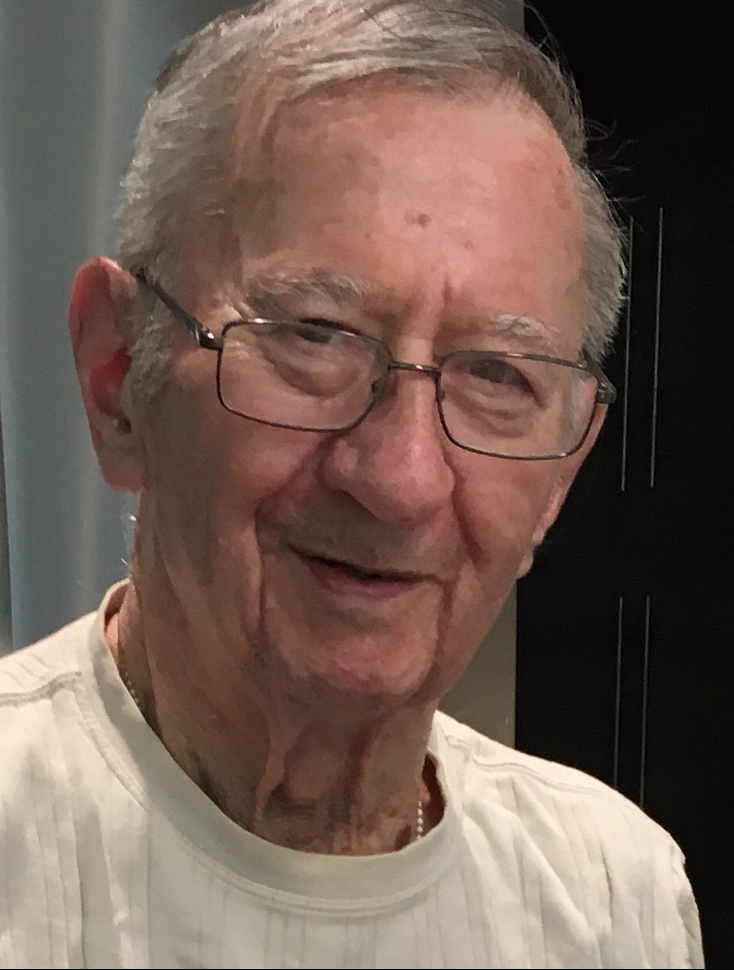 Milan (Milo) Kravacek, born October 16, 1929, went peacefully to be with the Lord on July 5, 2020. Milo was a man of faith in God.  That faith gave strength and love for God, his family and community.

Commitment to family was a priority for Milo. His love and devotion to his wife Nevenka (Nancy) Zubko (January 1934 – August 1994) was a solid example of marriage to his family.  He was a loved father of Susan Kravacek Jones (Llewellyn Jones), Deborah Brocke, and David Kravacek (Patti Poole).  He had pride in the generations that came, with eight grandchildren, Evan Jones, (Kat Sparks), Megan Mutler, (Tim Mutler), Dylan Jones, (Jaime Boyd), Matthew Brocke, (Lissa Bosse), Daniel Brocke, (Miriam Petrofsky), Anna Kravacek, Laura Kravacek, (Luke Henry) and Michael Kravacek, Natalie Dolan). He also had ten great-grandchildren who loved their ‘Poppa’ Milo dearly:  Ze’Lee, Jett, Jolie, Teo, Jayda, Josiah, Sabree, Samara, Abigail and Selah. Their Poppa had a positive influence that will carry on with each grandchildren in many different ways. He was Uncle Milo to many nieces and nephews in Ontario and California, who all have many Uncle Milo stories to share.

Milo was born in Brno, Czechoslovakia, and immigrated to Canada through Halifax in 1938 with his father and mother three weeks prior to the invasion of his homeland. Two older sisters remained in Czechoslovakia. His father was a founder of Bata Shoe in Batawa, Ontario and the family settled on an apple orchard just outside of Trenton. His mother tragically died soon after their landing and his dad remarried Anna Kutalik. They had two daughters and sisters to Milo, Helen Beiman,(David Beiman) and Vera Dickson, (Larry Claeys). They will miss their big brother.

Upon graduation from high school, Milo apprenticed as a shoe designer at Bata Shoe and then came to Perth in 1954 as a shoe designer and head of the pattern department for Brown She Company. Milo and Nancy married in May 1957, and settled in Perth and at Otty Lake and raised their family. He was brother in-law to Nicholas (deceased) and Yvette Zubko, Igor (deceased) and Hermine Zubko and Irene and Enn Kayari (deceased), and will be fondly missed. Milo retired from Brown Shoe in 1995 and worked as a volunteer for the next six years with the Democracy Corps, globally mentoring shoe manufacturers in struggling countries to improve business practices and production processes.

Milo loved living at Otty Lake. The early years it was a cottage, and then in 1978 they built a house on the cottage footprint. Daily swimming, his water skiing tricks, family reunions and cutting wood for winter are just a few things that he enjoyed in lake life.

Fishing was also a passion for Milo. He especially loved his fishing weekends at La Verendrye Provincial Park and was able to take one last trip there to fish in summer 2019. He wore a big smile when he talked of his fishing accomplishments and defeats.

Milo gave back to his community through his leadership at First Baptist Church in Perth. He was also an active member of the Perth Lions Club for many decades. He was instrumental in making the Perth Indoor Pool a reality for the community.

Milo struggled with Parkinson’s Disease in his later years. He overcame his physical limitations with a positive approach to each day. He allowed his optimism, sense of humour, and his faith to guide him each day. He loved people and people loved him. May his character and influence live on in the generations to come. He will be missed by all.  He is now dancing with his bride again without his physical limitations. He can now rest peacefully.