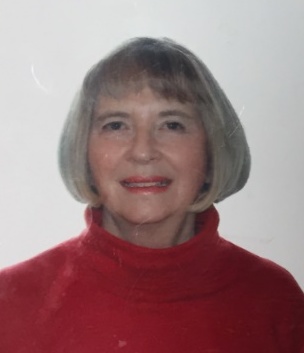 Jacqueline was born on December 12th, 1938 in Perivale, Middlesex, England to Dorothy Maud and Arthur John Russell. The youngest of four children, Jacquie adored her siblings greatly, her sister Hazel, her brother Colin, a handsome red beret paratrooper, and Brian, a close friend for much of her life.

Jacquie married Ronald “Ron” Bertram Green at St Mary’s Church, Harrow-on-the-Hill on February 20th, 1960 - a little over a year after meeting at a Sadie Hawkins dance in London, England.

After briefly emigrating to the United States she and her husband eventually settled in Canada. Over the next six years the couple started a family and welcomed three children. Once the kids were a little older, she went back to college and trained as a Medical Secretary. She went on to a gratifying career at Air Canada at the Toronto International Airport in Malton. Her children fondly remember her as a loving, caring, down-to-earth, hard working mother who encouraged all to pursue their goals and see the world.

She and Ron had many close friends, despite moving fifteen times and chasing careers across Canada. A special couple in their life was Jan and Tony Hook, also originally from England, who raised four beautiful daughters in Canada. The Hooks and Greens spent many holidays and weekends together as young families and to this day still enjoy a special bond.

After her husband Ron passed away in 1986, Jacquie moved back to England to be closer to her brother and sister. There she met David Ashmead Marshall and fell in love again. They enjoyed many great times together with friends in Angmering-On-Sea, England, Canada and in the medieval city of Montreuil Bellay in western France where they lived for a short period. Unfortunately, she also lost David and, although having suffered the tragic loss of the two loves of her life, Jacquie was remarkable at bringing cheer and resilience where ever she went and throughout her travels.

Jacquie was an individual who loved her friends and family and was passionate about learning new skills at any age. She was an accomplished artist and enjoyed the mediums of watercolor and pastel. She loved the theatre, directing and acting in numerous local plays throughout her life. At the Blackhorse Theatre in Bolton she acted with her husband in “Oh What A Lovely War”, “The Little Foxes”, “13 Rue de l’Amour”, “The Valiant”, “The Mice Have Been Drinking Again”, and “Sorry, Wrong Number”. Jacquie had a great propensity for singing and dancing and shared that passion on her worldly travels – Egypt, Jordan, Austria, France, Germany, Israel, Morocco and Italy, to name a few. She was also quite athletic, participating in fencing, skating, tennis, alpine and cross-country skiing, and was the captain of the netball team in secondary school. Jacquie loved animals: Pushka, Cleo, Samantha, Mouse, Katie and Alice rounded out a life of feline companionship. She had a dog named Prince as a child in England and later a family Shih Tzu/Toy Poodle mix named Simon, both brought her much joy.

Jacquie suffered from dementia in the last few years of her life. She was living in England at the time and despite not really being aware of what was happening to her, felt the need to come back to Canada. Gary, Jeremy, Nicola and their families are grateful to have had her relatively nearby during this time and to have been able to help her through her journey. She is missed and will always be in our thoughts.

The family would like to thank all the caregivers at Lanark Lodge, Maple Ward who worked tirelessly over the past several months through the Covid-19 crisis to comfort Jacquie and the residents. In addition, we would like to recognize the efforts of all the staff at Carolina Courts, who made her happy and feel at home for almost three years.

Covid-19 has made the decision on gatherings difficult and as such plans for a celebration of life will be made at a later date.  The family will reach out as details become available. Arrangements are in the care of Blair & Son Funeral Directors, Perth.

Until then should you wish to donate to any of her favorite charities the details are below: