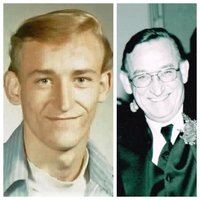 In Smiths Falls hospital on Tuesday, May 25, 2021 after a short battle with cancer.  Ronald Steele in his 72nd year, husband of Laurie Steele (nee Powers), loving father of Chris (Sophie) of Hawkesbury and Tina Benoit (Micheal) of Smiths Falls.  Predeceased in 2001 by first wife Judith Ann (nee Derbyshire), his mother Thelma Steele (Rightmyre), his father Ted, his brother Donald and his sisters Joyce (Larry Minsull), Judy Ann, Joan and Darlene.  Survived by living siblings Ted (Dawn), Ken, and Terry (Marion), sister in law Helen, as well as grandsons Brett and Brenden (Benoit) and grand-daughter Arya Judiane. Remembered by many nieces and nephews, brothers in law and sisters in law as well as many life-long friends with whom he at one time spent many enjoyable hours doing activities that brought him joy; such as hunting, fishing, auto repair, listening to music and solving all of the World’s problems over a beverage or two. Ron grew up in Perth, ON and worked at Wampole as a lab technician from the time he married until its transition to Canapharm where he also worked for several years. Due to COVID-19, details of a celebration of life will be announced at a later date.  In remembrance donations may be made to Perth & Smiths Falls District Hospital Foundation at www.psfdhfoundation.com in Ron’s memory.

“We’re here for a good time, not a long time –so have a good time – the sun can’t shine every day.”