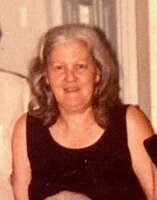 It is with deep sorrow and much love that we mourn the passing of Mary Olga McKenna, originally of Borden, Prince Edward Island, on April 29, 2022 in Kingston Ontario at the age of 80 years. Predeceased by her parents Charles and Charlotte McKenna (nee Bryington), her brothers Elwood (the late Marg), Everett (Adele Morrison) and her sister Catherine Griffith (Ray). She will be deeply missed by her daughter Keli Brady Cunningham (Jeff) and their children James and Bryan; her brother Wayne (the late Phyllis); her sisters Elva Roberts (the late Leonard), and Elizabeth Haines (Gerry), as well as her many nieces and nephews. Mary Olga was an avid lover of music and nature, she led an active life that was surrounded by family, friends, and cats. She made delicious food for anyone who was hungry, and was an amazing friend who was always ready to help anyone she could. A Mass of Christian Burial will be held upon her return to Prince Edward Island in early September of 2022. The family wishes to give special thanks to the staff and caregivers at Providence Manor in Kingston for their compassion and care of Mary Olga. If desired, memorial donations may be made to Providence Manor (University Hospitals Kingston Foundation), or the Lanark Animal Welfare Society in her honour.