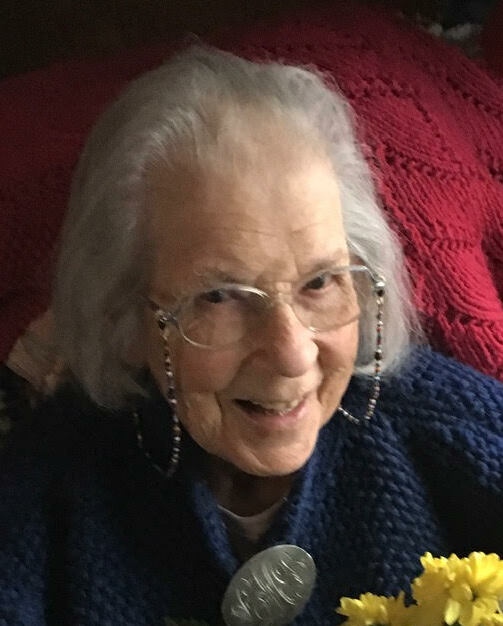 Elsie passed away peacefully at Great War Memorial Hospital, Perth, September 28, 2022 at the age of 105 years. She is survived by her loving children Janet (Jim Coward), David and George (Janine Lindgren). Proud grandma of Heather, Aaron and Krista. Mourned by niece Cathy Salter. Elsie was predeceased by her brother Waldo.   Born in Saskatoon to Lily Bowes Wheten, originally of Clay Bank and George Wheten, builder of the iconic Broadview Bridge.

Working in Ottawa during WW2, caught reading Popular Mechanics by Bill Farmer, she began a partnership that lasted 58 years. She made homes in seven communities, ending at Otty Lake where she was a passionate supporter of the wildlife. Elsie was a superb seamstress and knitter. For work at the Perth Museum she wore a costume she designed from material woven on the Duncan McNab loom. She will be missed by her friends at First Baptist Church, Perth where she served as the first female deacon. Her joy in later years was supporting her many charity interests. The family sincerely thanks all the medical caregivers at the Perth Hospital for their kind care and compassion.

Family and friends are invited to gather for a service to honour Elsie's life at the Blair & Son Funeral Home, 15 Gore St. West, Perth on Monday October 24th, 2022 at 10:30 A.M. with a reception to follow in the family centre.

If desired, the family would greatly appreciate donations to either the Great War Memorial Hospital Foundation or to First baptist Church, Perth.