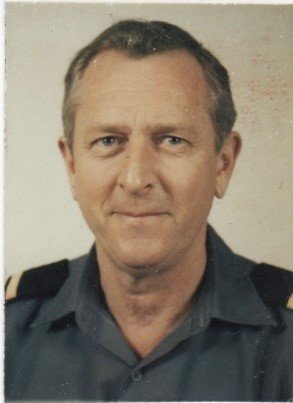 Donald “Rocky” Rochford, CPO1/LT(N) Ret’d CD, MMM, passed away peacefully at home, surrounded by family, 15 January 2021. Donald was born 12 October 1942 in Vancouver BC and joined the Royal Canadian Navy as a Signalman in December 1959. He served predominantly on the east coast however he also sailed on the West Coast 77-80, was posted twice to the Ottawa area (Diefenbunker in Carp 69/70 and Project Management Office for the (then new) Canadian Patrol Frigate 90/91). Unique highlights of Donald’s naval service include being member of the Flag Party to switch HMCS BONAVENTURE’s ship’s ensign from the White Ensign to the national Flag of Canada and being awarded the Order of Military Merit (Member) prior to retirement. Donald had a particular interest in protocol and served as both a Chief Petty Officer and later the Officer in Charge of the Navy’s Visits and Protocol office in Halifax. He retired in 1995 after 35 years of dedicated service. Following Donald’s naval service, he and Nova owned/operated two family-style restaurants in Dartmouth then moved to Digby NS and ran a B & B for several years before moving to Yarmouth. Finally, in 2019 he and Nova settled in Perth Ontario near family. Donald is predeceased by his parents Patrick and Mary Rochford (nee Shuster) and is survived by his loving wife of 52 years Nova (nee Haynes), son Michael (Mary nee Lockyer), granddaughter Rebecca (Mark McShane), great-grandchildren Aislinn, Macallister, and Finnegan, his sister Maureen (Sather), brother Kenneth (Carol nee Peterson), nieces Cari (Denis Hitch), Corrine (Jeffery Olsen). Throughout his life Donald was dedicated to his family/extended family and kept close contact as his career moved him around the country. He loved organizing and coordinating events and was passionate about cooking and entertaining friends and family. He was always supportive and encouraging of others. He is sorely missed, and his absence leaves an emptiness in our hearts. Donald (dad) placed his faith in the Lord Jesus Christ several years past and we are comforted in knowing that he is “absent from the body and present with the Lord.” Cremation has taken place. A private family celebration of his life will be held at a time to be determined.