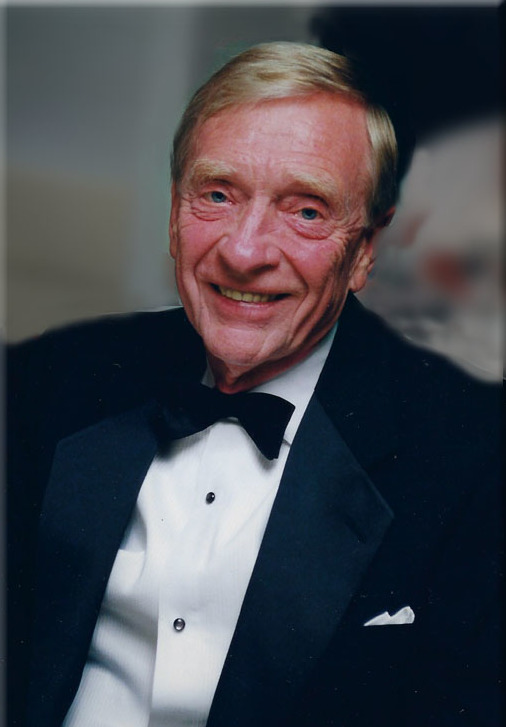 Grover Lightford passed away July 20, 2021, peacefully at home looking out over his beloved Otty Lake feeling the love and comfort of his children.  He was just shy of 97 years.  Herbert Grover Lightford was born in Brockville Ontario. He was the youngest of three children to Ethel (King) and Norm B Lightford. His siblings were Kathleen (Kaye) and Dr Norman B Lightford. They moved to Toronto in 1931 and lived near High Park as a young boy where his love of the outdoors developed. They moved to Perth in 1936 and fell in love with the area.  Grover graduated from PCI and studied dentistry at University of Toronto.  While at U of T, he directed faculty shows and was president of Sigma Chi Fraternity.  In 1954 he married Jean Moncrieff who gave birth to six children, twins Anne and Susan, Lynn, Norman, Elizabeth and Mary. Sadly, their mother died in 1974 as did their sister Anne in 2003. Grover’s greatest joy in life was his children, as children and as adults.  He also really enjoyed cross country skiing, hiking in the woods and biking. For years, he ran at PDCI track followed by yoga and meditation before breakfast.  Grover believed in taking responsibility in associations to which he belonged. Thus, he spent many years on the school board, as a leader in Hardy’s Young Men’s Club, as president of the curling club, Rotary, Probus as well as on the Board of Governors of Ontario Dental Association.  Grover practiced family dentistry in Perth for 39 years.  After retirement from dental practice he planned, developed and marketed Burgesswood:  a 70-lot residential property for 15 years.  He really enjoyed working with the land and meeting new people and he was so pleased to create space in nature for others to enjoy and live in.  Grover was blessed with 14 grandchildren (Cait, Newely, Cody, Adelaide, Cale, Reg, Jesa, Jarimey, Christopher, Marin, Emma-Jane, Darcy, Luke and Carly) and 10 great grandchildren (Athena, Ryder, Sumik, Ronan, Dimitri, Grover, Finnigan, Rylee, Jack and Madison) across Canada from Halifax to Vancouver Island.  Large family gatherings with Grandpa Grover at the BBQ will be greatly missed by his family.

Friends may pay their respects at the Blair & Son Funeral Home, 15 Gore St. W., Perth on Sunday July 25th, 2021 from 2:00 to 4:00 P.M. Due to current restrictions, the funeral service will be held privately followed by interment in Elmwood Cemetery. Those wishing to join us virtually for the service in celebration of Grover's life may do so starting at 10:00am on Monday, July 26th using the zoom link provided https://us02web.zoom.us/j/83925611074