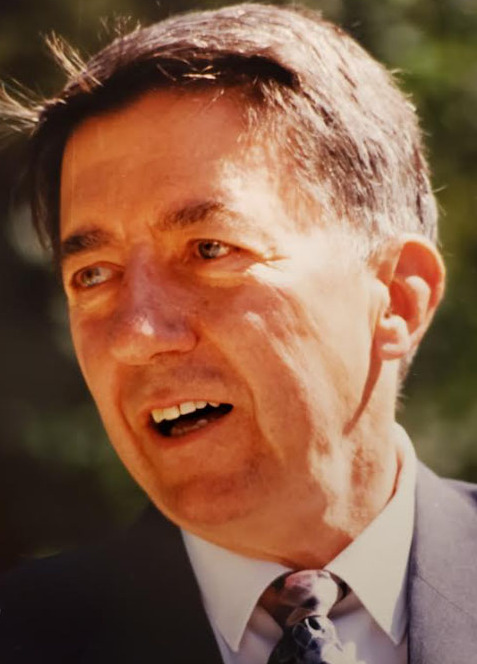 Born in Sheerness, England on August 30th, 1934, Alan passed away peacefully on September 10th, 2021 at the age of 87 at the Elisabeth Bruyere Hospital in Ottawa after enjoying his last years at the Waterside Residence in Carleton Place, Ontario, Canada.
Loving father to Ian (Anaar), Tony (Caroline) and Linda (Blake), he leaves behind his grandchildren: Shawna & Colton (Linda) and Lucas &Jasmine (Tony) and great-grandchild Jackson Parent (Jasmine & Jérémy).
Son of the late William and Vera Jempson. He was predeceased by his brother David (Ann) and by his second wife Mary Lou Bowstead-Jempson after spending 27 years together caring for his stepchildren Heather (Mike Ford) and Tim as well as step-grandchildren Ben, Stella, Rowan, Eva, Luke, Malcolm and Eric and great-grand-stepdaughter Samantha.
He also leaves behind his sister Enid (Philip) living in Australia and nieces and nephews abroad (Helen, Jonathan, Nick, Paul, and Tara), as well as many friends who will remember his dry wit and kindness.
Alan Jempson grew up on the seashore of the Isle of Sheppey in England. After attending Sittingbourne Grammar School, he enlisted in the National Air Service as a Radar technologist and discovered his love of gliding and technology. Alan went on to earn his Bachelor of Physics at Imperial College in London where he was part of the rowing team. In 1960, he married Susan Bishop and had his two sons Ian and Tony.  Alan’s diverse career started with avionics systems on the English Electric Lightning jet airplane which set several long-standing performance records. Computing Devices Canada came calling and persuaded his young family to emigrate to Canada where Linda was born. Alan was chosen to start the manufacturing division of IP Sharp Associates where they designed and built a portable data terminal in a suitcase. In the 1970s “portable” was relative, the model for the publicity photos was chosen because she was strong enough to pick it up! After tiring of HR meetings Alan returned to his true love, working on interesting technical problems.  He earned an MSc in Electrical Engineering at Carleton University and started his company Ambidata Communications. He spent many years working on cutting-edge technology while enjoying the pastoral pleasures of his farm in Ashton.
Upon retirement, he moved to Crown Point on the Ottawa River where he enjoyed sailing and helping Mary-Lou with multiple art and photography projects.
Alan lived his life with quiet dignity, keen intellect, solid integrity and a desire to help whenever able.
Our family would like to thank the staff at the Elisabeth-Bruyere Hospital for the wonderful care they provided while ensuring his last days were comfortable.
A celebration of his life will be held virtually at a later date in the intimacy of the family.
In keeping with Alan's wishes, arrangements have been entrusted to Blair and Son Funeral Home 15 Gore St W. Perth, ON. (613) 267-3765. In Honour of Alan, memorial contributions can be made to The Canadian Cancer Society or the Elisabeth Bruyere Hospital.