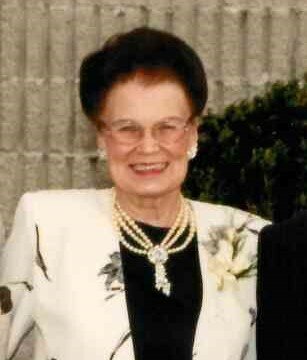 Margaret (Mardie) or as she was known to everyone else, “Nan”, passed peacefully at home on September 16, 2021 with family at her side. Loving and devoted wife of the late John (Jack) Robinson, and predeceased by her precious granddaughter Tammy (Kevin), her sister Maureen and brothers Frank, Michael, Paul, John, and Eddie. Mardie was the loving and respected mother of Judy; loving grandmother of Dan (Christie) and Christy; great-grandmother of Spencer (Emily), Seth, Mackenzie (Mike), and Sadie. Mardie was blessed with great-great-grandchildren Clark, Lydia, Bobby, Jack, Mikey, Hunter, and Ryder. She was a loving mother-in-law to Tom McPhee, and sister to Bernie and Charlie Smith. At her request a private family service was held with interment at Hillcrest Cemetery, Smiths Falls. Arrangements are in the care of Blair & Son Funeral Directors, Smiths Falls. As Mardie (Nan) loved to cook and feed everyone, donations to the local Smiths Falls Food Bank would be greatly appreciated.