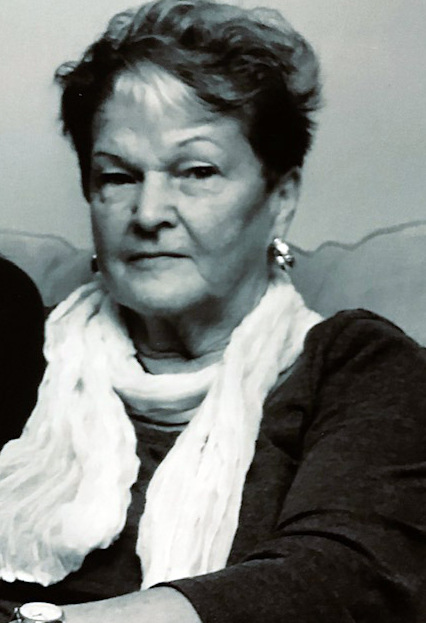 Sally passed away at Brockville General Hospital on Saturday, April 2nd, 2022 after a long struggle with dementia.

Wife of the late Carl Schmelzle.

Every single day was a mystery to everyone who really knew her, Mom lived on her own terms and faced many challenges throughout her life all of which were conquered by her determination to do it her way. Never one to sit idle Mom was always on the go whether it be working, traveling to Portugal, playing bingo, baking pies, cleaning house, or running all over to be with friends and listening to music. Mom was one of the most active people we have ever known before dementia decided to take hold of her in its own day by day way. This, she also tried to handle on her own terms for as long as she could before making Carolina Retirement her home.

Our sincere thanks to Dr. Popiel, the care team and friends at Carolina as well as Dr. Varley and his team at Brockville General Hospital for all the care and understanding offered to her while she fought this devastating disease. Our family is very grateful that her struggle with dementia is over, and she is now at peace.

She will be sadly missed and forever loved.

In remembrance of Sally (Ethel), memorial donations to the Brockville General Hospital Mental Health Unit would be appreciated. Arrangements are in the care of Blair & Son Funeral Directors, Perth.