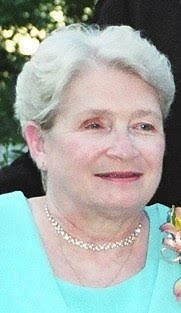 Passed peacefully with family by her side on June 2, 2022 in Smiths Falls at the age of 83. Predeceased by her father Donald Matthews, and her sons Thomas “Ted” and David Sheffield. Rose leaves behind a legacy of love. She will be dearly missed by her mother Eunice Matthews; her beloved husband Bernie Gatien of 51 years; Ted’s children Michelle and Erick Sheffield as well as their mother Roxanne; David’s children Jason Michael and Kasey Sheffield; her daughter Anna Smith (Jim) and their children TJ & David Smith; daughter Mary Anne Sheffield; son Robert Sheffield (Andrea); son Greg Sheffield, daughter-in-law Nancy Sheffield (nee Nicholson) and their children Christopher Troope, Nicholas Troope, Simon Sheffield, and Rhiannon (Annie) Sheffield; and daughter Catherine Sheffield. She will be fondly remembered by her brothers and sisters, as well as her many nieces, nephews, cousins and friends. An accountant by trade, Rose had an attention to detail and was often the person who spotted the mistakes of the higher ups and fixed them before it became a problem. She had a sharp mind and a warm crafty heart; taught by her grandmother to knit, crochet, and sew, she eventually turned her artistic eye to other types of crafts and became a ceramic artist and painter in her later years. Bernie lovingly repurposed the summer kitchen into her own studio which also became her classroom as she began teaching others how to create their own ceramics and other crafts. Friends and family are welcome to pay their respects at Blair & Son Funeral Home (112 Beckwith St N, Smiths Falls) on Monday June 6 from 2 p.m. to 4 p.m. and 6 p.m. to 8 p.m. as well as on Tuesday June 7 from 10a.m. to 11a.m. A funeral service will take place on Tuesday June 7th at 11am in our Chapel with a reception and burial at Merrickville Union Cemetery to follow. If desired, memorial donations may be made to the Heart & Stroke Foundation or to CHEO Foundation in Rose’s memory.