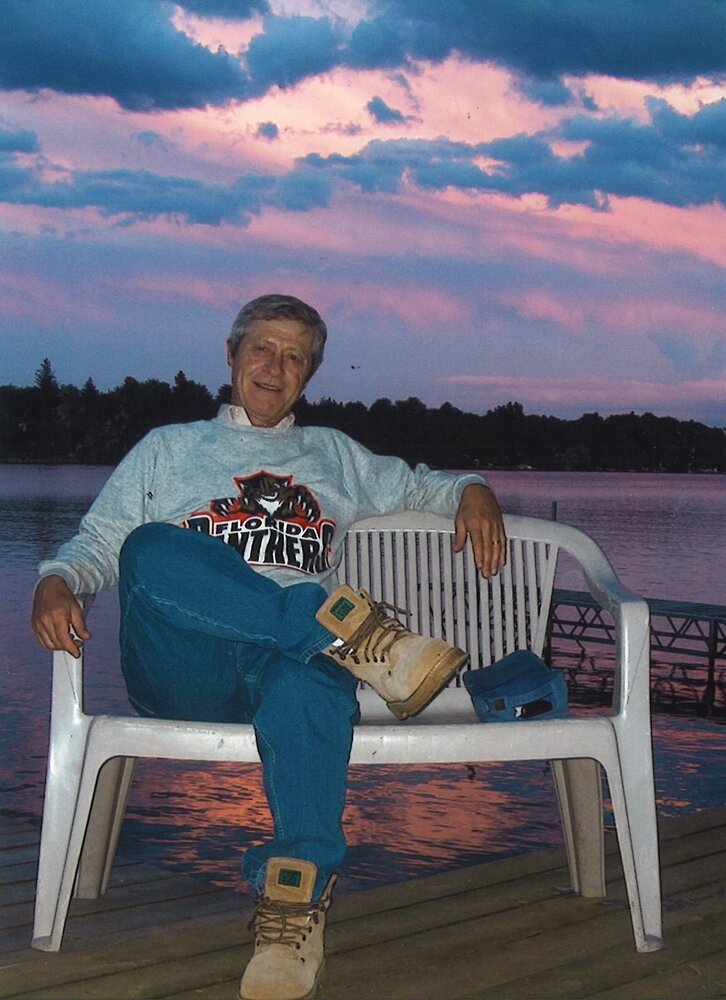 Passed away peacefully into the arms of his saviour, Jesus Christ on Sunday June 19, 2022 in his 76th year. He was surrounded by his beloved wife Lorna (nee Mayhew) of 50 years by his side. Loved and cherished father of Joel (Joanne) and brother of Jim and Robert Stewart. He was a loving brother-in-law to Bob Mayhew, Susan (Derek) Turnbull, Gina (Darrell) Lewis, and Sally (Rob) Smith.  Rick was predeceased by his parents Arthur and Audrey (nee Embury), and his sister-in-law Janet (Carson) Gray. He will be fondly remembered by his many nieces and nephews, extended family and friends in Ottawa, Smiths Falls and surrounding communities.  Rick spent time in the Royal Canadian Air Force as a Military Policeman, and following his time with the Air Force, he worked for the Ministry of Mines and Resources as a computer operator.  Later in life he completed his time at Teachers College and earned his BA from Carleton University, and proudly taught at the Ottawa Board of Education for 33 years.  During his time in Ottawa Rick was an Elder of St. Paul's Presbyterian Church.  Following retirement, Rick and Lorna moved to Smiths Falls where he became a member of the Royal Canadian Legion Branch 95 in Smiths Falls, and continued his service to his Lord as a member of Westminster Presbyterian Church. Friends are invited to pay their respects on Saturday, June 25, 2022 from 3 to 5 p.m.  A service to celebrate his life will take place in the Chapel on Sunday at 2 o'clock.  Private interment will take place at Capital Memorial Gardens at a later date.  If desired, memorial contributions may be made to Westminster Presbyterian Church.