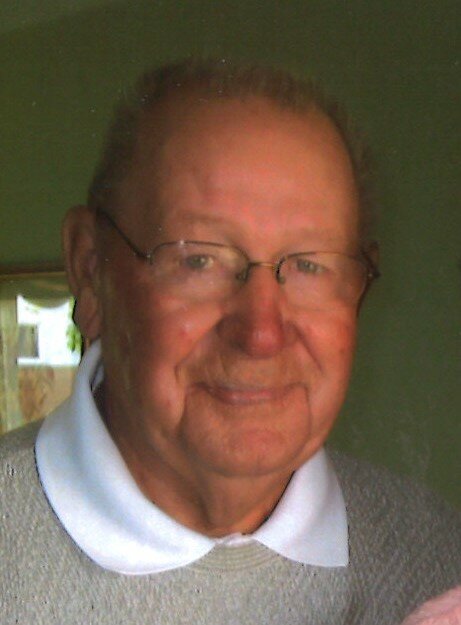 Paul passed away peacefully on January 8th, 2023 at the Smiths Falls Hospital at the age of 90 years. Paul is survived by his beloved wife of 56 years, Susan (nee Chalmers). Devoted and loved father of Jennifer Kirkwood (Rob), and Joanne Flegg. Adored grandpa to Sawyer and Heidi Kirkwood. He will be fondly remembered by brother Stanley Flegg, brother and sister-in-law David and Mary Chalmers, as well as his nieces and nephews Kip and Mark Flegg, and Ian, Debbie, and Leigh Chalmers. Paul was predeceased by his parents George and Keitha Flegg, and by his brothers Ronald, Keith, Billy, and Percy Flegg.

Paul was a devoted employee of CP Rail for 40+ years and the local U.T.U. as treasurer for 20 years. Paul was an avid golfer and member of the Smiths Falls Golf & Country Club for 50 years, during which he also served on its Board of Directors. Paul was a devoted Ottawa Senators fan and season ticket holder before becoming a snowbird. Paul and Susan spent 17 wonderful winters in Florida where wonderful friendships were made. Paul loved his evenings at the card table and especially enjoyed his past 1 ½ years living at the hotel (Settlers Square). The family wish to thank all of Paul’s RPNs and PSWs who became good friends to us.

Please join us at the Blair & Son Funeral Home, Smiths Falls (112 Beckwith Street N) on Thursday, January 12, 2023 from 1:00 – 4:00 p.m. for a casual get together with family and friends. Cremation has taken place. A private family interment will take place at Hillcrest Cemetery at a later date. If desired, memorial donations may be made to our local Smiths Falls Food Bank or to the Lanark Animal Welfare Society (LAWS).