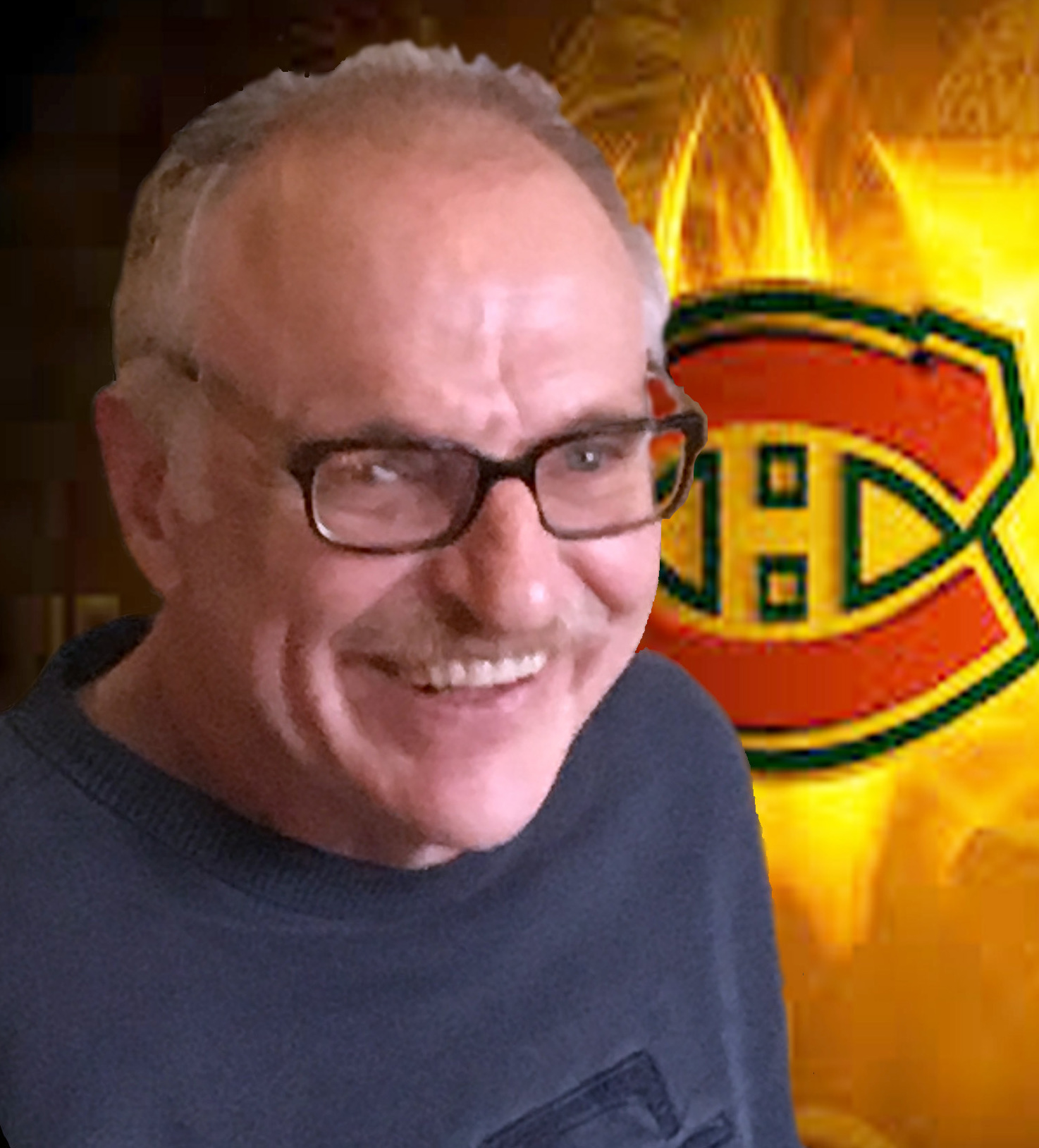 May the winds of love blow softly
and whisper so you’ll hear;
we will always love and miss you
and wish that you were here.

A bright light has left our world with the loss of Calvin who brought such a ray of sunshine and hope to his entire family and community.

Calvin was a special sort of magician who cast a spell on everyone that met him. His secret potion was his big, wide smile mixed with the sunny disposition of a delighted child.
To him, everything was just G-R-E-A-T!

The truth of his story is that the first third of his life was not so great. As a toddler, he suffered from high fevers which affected his cerebellum causing loss of motor skills and ability for speech. Following this his mother abandoned the family and Calvin was removed from his father and two sisters and was placed in Rideau Regional Centre where he spent the next four decades institutionalized in an often lonely and under-stimulated environment. During these years he cherished every special occasion when his father’s sister (Bessie Wilson) would ensure he was always included in her family’s festivities. Time spent with his family meant the world to him, but he became quiet and withdrawn prior to departure from his circle. The institution labelled him as “mentally deficient”, but that was untrue. He was very sensitive and had a deep awareness of everything around him and that took its toll.

Fortunately, in his teens, his cousin Cathy began taking Calvin on extra outings that brought him great joy. Plus, his cousin Annie started to work at RRC and they saw each other almost daily for many years. As he came out of his shell, it became apparent that he was high functioning on many levels - he just couldn’t walk or talk very well.

Fast forward another decade, RRC declared it would soon be closing. His first residence in Smiths Falls was a group home, but Calvin expressed a desire for more privacy. With the help of Jed Denton retrofitting an apartment to meet Calvin’s special needs it allowed him to live independently. Along with the social support of Sue and Steve Tennant, his life changed forever for the better. Calvin not only survived on his own but thrived. He proved how tenacious he was and grew to be very self-sufficient. And, very happy.

His next opportunity was when Tayside Community Options, dedicated to providing housing and support to adults with physical and developmental disabilities was formed in Perth. Calvin moved to Perth, and with the support of Community Living Association, he lived on his own, found paid contract work (like delivering the Perth Courier door-to door), was engaged in language, music and exercise therapies, and surrounded by a strong social circle. Living in town, he could easily walk over to spend family time with Annie, Leslie, and Rachael any time he pleased. He was always welcome and loved that Hambone especially always greeted him with her wagging tail.

Calvin was stubborn to-the-bone and competitive to a fault. In sports, he was a demon on the floor hockey court, a rather devious bowling opponent, a baseball diva, and a therapeutic horseback riding aficionado. Did we mention too that he was a die-hard Habs fan (his wardrobe and bedroom décor attested to this in no uncertain terms)!  And of course, topping his list of favourite activities was his beloved role as Captain Highliner in fishing expeditions with his buddy Chris.

He was proud to call Perth his community. There was never a greater fundraiser than Calvin. He could charm dollars out of wallets for any given local cause. His fave was raising money Bowling for Big Brothers, Big Sisters with his “Cal’s Kin” team. He always outdid everyone else on this goal – all he had to do was smile and ask – and people stepped up to support him.

Determination was Calvin’s core trait. Anyone who has tried to maneuver Perth’s sidewalks and curbs with a walker knows that it is challenge. Dubbed “The Speeding Bullet” in an Ottawa Citizen article (highlighting Calvin’s prolific knitting skills with Janie H. Knits), Cal could be seen on many a day flying along the streets with no apparent effort – and, of course, with no speed limiter in place… he was awesome and at times a terror! He even had a three-wheeler bicycle for a time and was very thrilled to learn how to ride it (until his love of speed stopped him in his tracks).

Music spoke to Calvin and he loved it all - from Country, Christmas classics, and Blues to sacred hymns. He was a big fan of Johnny Cash, Willie Nelson, and Merle Haggard, to mention a few. He was an annual fixture at Stewart Park Festival, where many folks were warmed by his enthusiasm.   A highlight of his life was his dream trip to Nashville with his CLA gang of friends. Upon his return we all delightedly received brightly coloured flyswatters in the shape of a “geetar”. He had a fantastic memory for all the words to songs and would be sure to correct you if you got them wrong! Music moved him in more ways than one - he was a dancing fool that could cut a rug with the best of them.

Calvin enjoyed many years of such autonomy and grace until such a time that his condition advanced and he became more unsteady and his safety became a real concern. He was still on a lucky streak though as fortune smiled upon him and found him a permanent home at Rimmer House. His new home gave him an accessible environment and a family-like experience full time as he was surrounded by ever-nurturing caregivers and the friendship of his roommates. They had many excellent adventures together, and lots of fun and laughter. It is with deep gratitude that our family witnessed the dedication and commitment of one-on-one care that the Rimmer family gave to Calvin and allowed him to be safe and loved at home in his final days.

Calvin was predeceased by his father Wib Rathwell, his adoptive parents Leslie and Bessie Wilson, his cousin-in-law Mick Glover and his cousin Mackenzie Perry. Calvin will live on forever in the cherished memories and stories of his cousins Carole Armstrong (Ron), Cathy Wilson (Donna) and children Amelia Peters (Trish), Erin Perry (husband Dan and son Manix) and Annie Dalton and her children Leslie Dalton (Brittany) and Rachael Price (Greg) and their children Gabriel and Alice. Also, left to mourn him are his sisters Judy and Kay, along with a large number of cousins.

A ‘Celebration of Cal’ will be held in the future when it is safe to gather.

Donations in memory of Calvin can be made to Stewart Park Festival 80 Gore St E Perth On, K7H 1H9 https://www.stewartparkfestival.com/ or to Lanark County Therapeutic Riding Program 30 Bennett St, Carleton Place, ON K7C 4J9 http://www.therapeuticriding.ca/. Arrangements are in the care of Blair & Son Funeral Directors, Perth.