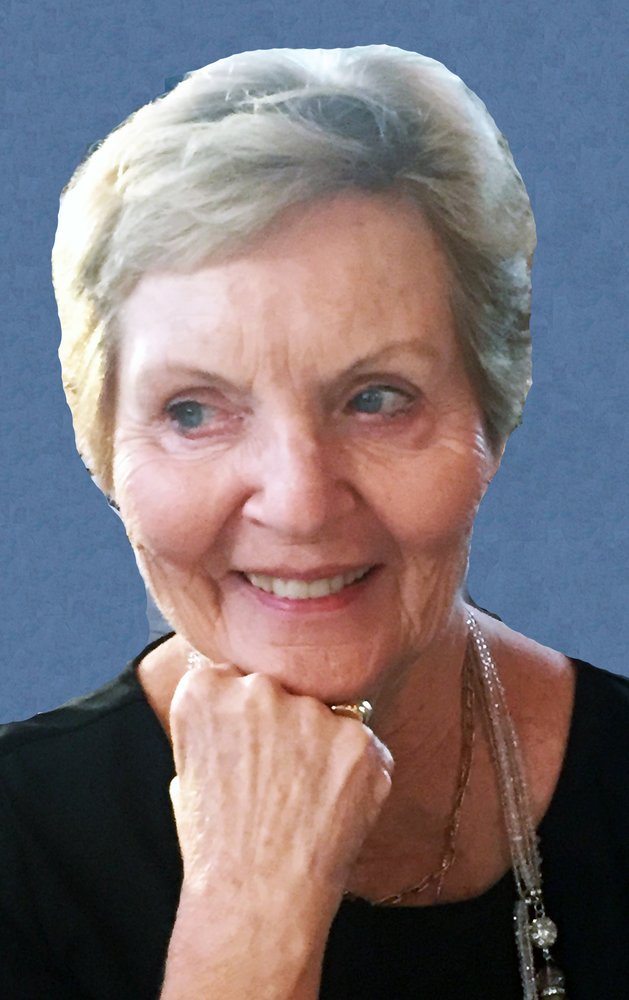 On November 18, 2020, Ann Quigley passed away with the same dignity and strength that she lived every day of her 79 years. Ann leaves behind her husband of 53 years, Michael, who may never find his wallet or keys without her again. She also leaves behind her daughters Katie (Bob) and Beth (Karim), her grandchildren Fiona, Alexander, John and Mary, her brother Bob (Marianne) as well as extended family who loved her dearly. She was predeceased by her parents Vern and Irene Rutherford, her sister Betty and her loving dog Milo.

Ann’s father was a WWII pilot and squadron leader for the RCAF. She lived her early life throughout various air force bases in Canada. She obtained her nursing training at St. Joseph’s Hospital in London, Ontario and her B.Sc. at the University of Ottawa as well as a post-graduate certification in public health administration. For thirty-four years, she taught nursing at St. Lawrence College in Brockville where she also served as the academic representative on the Board of Trustees. She loved teaching and her students loved her.  She also devoted many years to the Smiths Falls Police Commission where she served as Chair for three years.

Ann had numerous accomplishments, but they did not define her. When people think and talk about her, the most common word used is “inspiring”. Ann was the human embodiment of strength, perseverance and positivity. Her Masterclass “can do” mentality and her refusal to give up on herself (or others) made the rest of us never give up on her.

Twelve years ago, after a devastating  Guillaine Barre diagnosis, she relearned how to walk and endured grueling months of rehabilitation. She never gave up. She never complained or wallowed in self-pity. She always focused on the end game and the positive. She focused on every single step and we all marveled at each achievement. We often took for granted that her strong will would pull her through anything. She rarely asked for help but was always appreciative of the help we could give. And she won that battle. She was golfing, shopping and socializing again.

Then four years ago, Ann received another devastating diagnosis that she had Stage IV ovarian cancer. A death sentence, we all knew. How can optimism reign after that? Well, every step was a hurdle and she believed that she could get better. When others would have given up, she fought hard and the treatment worked. As she frequently assessed her health by her golf game, she was doing well and she was back golfing a great game. She was bustling here and there with renewed energy that put her children and grandchildren to shame.

Two years later, cognitive changes triggered further investigation. Ann, for some reason, had forgotten that the Toronto Blue Jays were no longer in the playoffs. It turns out that only a brain tumour would be responsible for such a lapse. After asking her neurosurgeon when she would be able to travel to visit our family, she was told that she would “never go to Florida again”. This was inconceivable to her. Her solution? She got a second opinion. Luckily, Dr. John Sinclair at the Ottawa Hospital was not going to give up on Ann and her tumour was removed during awake brain surgery. According to Dr. Sinclair, Ann spent most of the surgery trying to convince him to take up golf (as it is never too late). She faced a difficult rehabilitation but her determination knew no bounds. She was golfing again by summer and yes, she went to Florida. Several times.

Her determination continued as both the ovarian cancer and brain metastases returned. And yet, she never complained. No “poor me” attitude from her. She never gave up. Unfortunately, God had other plans for her and she has joined our loved ones in Heaven. We know that she will be looking after us all from there as well as honing her golf game and playing fetch with Milo. Most importantly, Ann would want her legacy to inspire others to stay positive and always focus on the future. If her memory can inspire even one person to not give up after a devastating diagnosis, that would mean more to her than you will ever know.

Due to Covid restrictions, Mass of Christian Burial will be celebrated privately for the family at St. Francis de Sales Church, Smiths Falls. Interment will take place at the Quigley Family Plot at St. Bridget’s Cemetery, Stanleyville.

Her family would like to extend our utmost thanks and gratitude to the Perth and Smiths Falls District Hospital. The doctors, nurses and staff treated us all like we were family. They extended us the same wonderful level of care that Ann taught to her nursing students. She would have given them excellent grades. If you would like to make a donation in her honour, we ask that you direct those donations to the Smiths Falls Community Hospital Foundation or St. Francis de Sales Church.