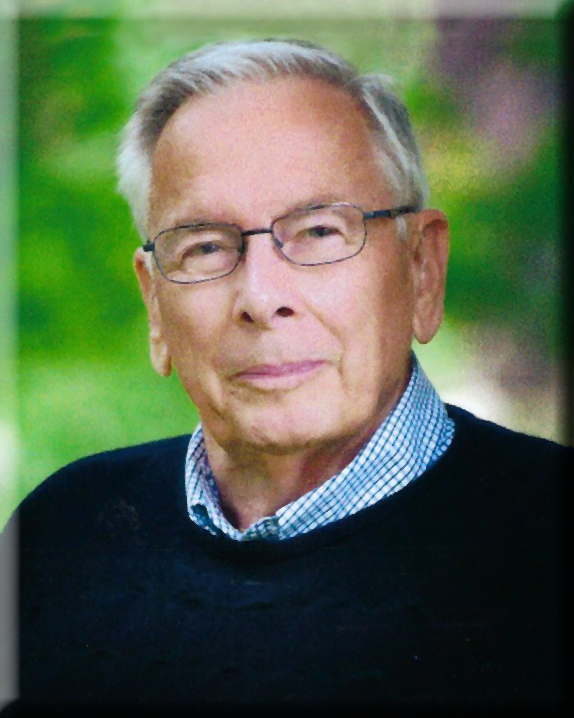 Ed was first and foremost a gentleman.  He was kind, generous, and endlessly curious.  He always had a project on the go.

He is predeceased by his wife, Doreen (Waite) and his parents Edward Leslie Danner and Helen (McNeely) Danner.  Ed is survived by Doreen’s daughter Christine O’Donohue, and her children Matthew and Meghan Lemoyre.

Ed was born in Perth, Ontario and lived there until his move to the Big Rideau Lake in 1970. Ed loved to tell stories about his childhood adventures with his Dad.  Weekends were often spent hunting or fishing together. They boated on Christie Lake, canoed to Kingston, cycled to Ottawa, drove across North America on epic road trips, and flew to London, England, once on a Comet (early version of the Concorde), and later on a Stratocruiser.

Ed headed West for University.  While at UBC he joined the Sigma Chi fraternity to meet other students, and later became its President.  Following his graduation in 1952, Ed returned to Perth  at the age of 24 to take on the responsibility of running and rebuilding the family business, Henry K. Wampole & Co. Limited.

Wampole was founded in 1893 in Philadelphia.  Ed’s grandfather, a pharmacist, moved  with Wampole to Perth in 1905 to manufacture its popular extract of Cod Liver Oil, together with other tonics and nutritional supplements of the time such as Milk of Magnesia, Formolid Throat-Ease, C-2 tablets, Grape Salts and Wampole’s Preparation.    Wampole had been managed by a trust company since Ed’s grandfather’s death in 1934.  Ed found it hard going in the early years. Ed invested in new equipment, updated management practices and, in 1962, built a modern plant.  In 1980 he also opened the offices in Toronto.

Under Ed’s leadership Wampole grew to become a well-known and successful over the counter vitamin and analgesic company.

In the 80’s, Ed met Mom through a mutual friend, Judi Lightford.  Doreen and Ed married in 1989.  Ed sold Wampole that year to Rhone Poulenc Rorer with the condition that the plant in Perth had to remain open for at least another five years, and the national sales force kept in place for that same period.

Ed thoroughly enjoyed his 38 years with Wampole.  He waited (im)patiently for Mom to retire from practicing law so they could travel the world.  While he waited he enrolled at the Cordon Bleu in Ottawa for a term to perfect his already excellent culinary skills.

Ed or “Danner Tours” organized at least 34 trips over the next 30 years. When not travelling Ed was cooking, boating, golfing, fishing or off somewhere or another taking stunning landscape photographs with his friend Ted Dyke.  Mom used to jokingly refer to these jaunts as “Teddy’s and Eddy’s Excellent Adventures”.

Since COVID-19, Ed’s bubble included Christine, Barb Somerville and Roger Seward.  We gathered at the end of each day over a cocktail to discuss the status of ongoing projects, listen to Ed’s stories, and reflect with incredulity upon US politics.

Ed will be missed by the extended Waite family and his long-time friends Ed McParlan, Grover Lightford, Allan Castledine, Ted Dyke and all of the members of the “Wednesday Lunch Group”.

Ed’s beloved dog Meesha is lost without him now, but is well loved and has joined his new pack.

A private family ceremony has  been held in his honour. In lieu of flowers or a donation, please consider doing something kind for someone in need.