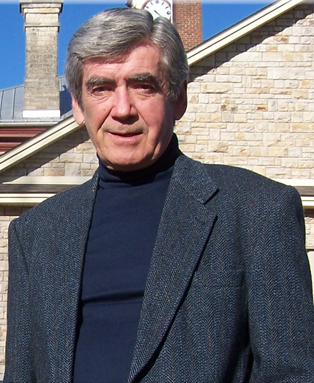 Norm passed away in Perth on Monday March 15th, 2021 at the age of 82 years.  He was son of the late James and Margaret (McLean) Wright and brother of the late Terry Wright.  Norm will be sadly missed by his beloved wife Claudette (David) Wright, sons Jim (Cindy) and Gerry (Kris Oakes) Wright, daughter Debbie (Terry) Dodds, sister Sue (late Bob) Nichols and his grandchildren Jesse, Nikii, Bryce, Max and Madi and sister-in-law Sharon Wright.  He will be fondly remembered by numerous nieces, nephews, Claudette’s family, colleagues, students and good friends.

Norm was long-time broadcaster and a co-founder of Lake 88 radio.  A Perth native, he had an extensive career as a radio and television broadcast professional and educator. Norm, along with partner Brian Perkin, worked for two years to secure a radio licence for Perth and area, with final CRTC approval to operate a station at 88.1 approved 15 years ago this month.  He teamed up with news announcers the late Michael O’Brien and then, Ian Sutton to host Lake 88’s morning show in the early days of the new station.  Norm retired in 2014. His career began in 1957 when he was hired as a 17-year-old announcer at CFCO Radio in Chatham, Ontario. Norm went on to work at CFJR in Brockville, CKSF-Cornwall and  CFRA in Ottawa.  In 1961 he moved to television at CKMI-TV in Quebec City, as a news anchor and host of the popular ‘Teen Club’ show – a precursor to ‘American Bandstand’.  In the early 70’s he became owner and operator of the CFOM radio in Quebec City. Norm, along with his wife Claudette, moved to Otty Lake in 1974 after being invited to join the faculty of Algonquin College’s Media Division in Ottawa, where he taught for 25 years as a Professor of Radio and Television Broadcasting.  While there, Norm also worked for 14 years as a news anchor at CBOT-TV, Ottawa until 1992.  Due to covid concerns, the arrangements are private for the family.  During these times, Norm’s wish would be for everyone to spend time with their family and remember those who don’t have one.   For those wishing to do so, memorial donations to the Perth & Smiths Falls District Memorial Foundation, 33 Drummond St. West, Perth, K7H 2K1 would be appreciated.  Arrangements are in the care of Blair & Son Funeral Directors, Perth.  www.blairandson.com