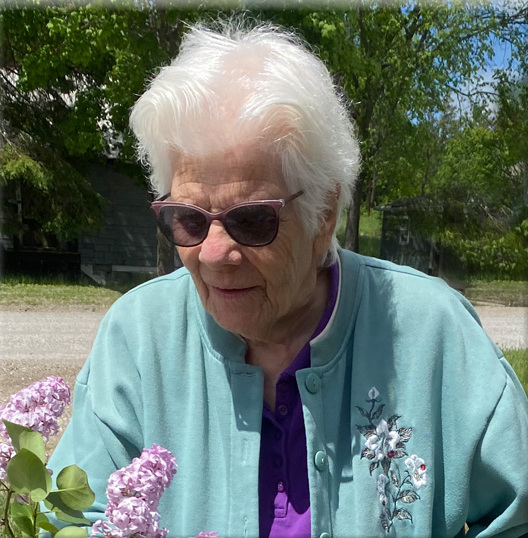 How do you sum up the life of someone so loved?

Theresa went by many names; she was Terry to her friends and colleagues at the Great War Memorial hospital (now the GWM site of the Perth and Smiths Falls District Hospital) where she worked as a nurse for many years. She was also known as Grandma and Gramboo to her grandchildren and great-grandchildren, as well as to many of their friends she welcomed into her home over the years.

Terry was born on Oct. 23, 1930 and grew up on the 9th Line of Bathurst along with twin brother, Pat Tovey (Bertha Jackson) and younger sister, Kay Tovey (Archie Hall). Her parents were Thomas John Tovey (O’Brien) and her mother was born Sarah Ellen Betteridge (she later changed her name to Agnes), who was a British Home Child. With both of her parents having been adopted, Terry knew little about her biological family until later in her life when she used genealogy to unravel many fascinating family mysteries.

Terry was a partner in crime, a faithful friend and a treasured confidant to all who knew her. She was strong and capable and could always be counted on in a crisis. As a nurse, she was kind and resourceful, always thinking of clever solutions to problems.

Though we knew this day had to come, it seems impossible that she is gone.

Her death is an immense loss to all who knew her. But in the end, death came to her as a friend. It’s up to us now to figure out how we will ever live without her.

Family and friends will gather for a Mass of Christian Burial to be celebrated in St. Johns Church, Perth on Tuesday February 15th, 2022 at 11:00 A.M. followed by a private interment beside Don and Anne-Marie in St. Johns Parish Cemetery.  Please note the church capacity is 150 in attendance.

Very special thanks to Dr. Liu, nurse Jayda MacDonald and personal support worker Pam Ross for their dedication, time and care.   Arrangements are in the care of Blair & Son Funeral Directors, Perth